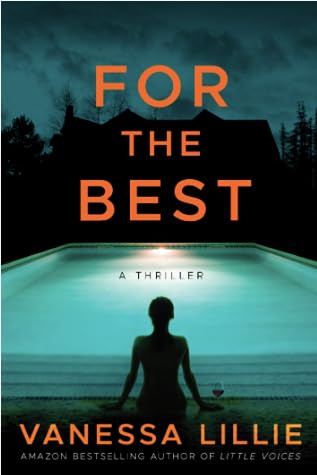 Suspected of a murder she can’t remember, a troubled woman takes an unusual approach to proving her innocence in this gripping thriller from the bestselling author of Little Voices.

When Jules Worthington-Smith’s wallet is found next to a dead man, she becomes the prime suspect in his murder. After struggling for years to build the perfect family and career, she’s dangerously close to losing everything.

Sure of her innocence, Jules is desperate to clear her name. But there’s one big problem: she was blackout drunk when the murder took place and can’t remember what happened.

Unsatisfied with the police’s handling of the case, Jules embarks on her own gin-fueled murder investigation. As she uncovers fresh clues, she starts a true-crime vlog that becomes a viral sensation, pushing her into the public eye. It’s not long before the ordeal forces Jules to confront her demons, including her turbulent childhood and excessive drinking.

The deeper Jules digs, the more dirt she uncovers about the murder and herself. Unexpected truths pile up until she’s buried so deep even finding the killer might not be enough to set her free.

A thrilling, who-done-it t novel that will have you guessing and second guessing at every turn. What exactly happened the night of the murder in which every clue points towards Jules as the one being responsible. She is adamant that she is innocent and not responsible for his death but there is just one huge problem – she cannot remember much about the night in question.

Determined to prove her innocence, Jules takes it upon herself to prove to everyone – the police, her husband, her friends, that she in in fact innocent and will stop at nothing to uncover the truth of that night and to clear her name. What better to tell the story than a completely unreliable main character. That makes for a great story.

I enjoyed reading about her adventures as she tried to gather clues and piece it all together of what truly happened that night. I enjoyed reading the transcripts from her vlog that she uses to share the knowledge she has discovered and trying to clear her name with the public, and how her vlog became a sensation.

There are several surprises in this book that had me guessing the whole way through. Who an you trust? Who can you believe?