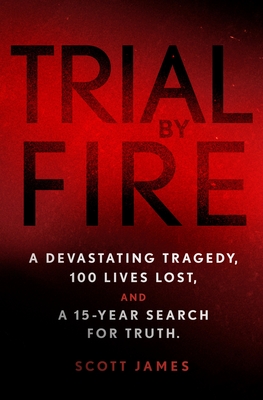 Thank you to the publisher, St. Martin’s Press, for the eArC of this novel via NetGalley.

In only 90 seconds, a fire in the Station nightclub killed 100 people and injured hundreds more. It would take nearly 20 years to find out why–and who was really at fault.

All it took for a hundred people to die during a show by the hair metal band Great White was a sudden burst from two giant sparklers that ignited the acoustical foam lining the Station nightclub. But who was at fault? And who would pay? This being Rhode Island, the two questions wouldn’t necessarily have the same answer.

Within 24 hours the governor of Rhode Island and the local police commissioner were calling for criminal charges, although the investigation had barely begun, no real evidence had been gathered, and many of the victims hadn’t been identified. Though many parties could be held responsible, fingers pointed quickly at the two brothers who owned the club. But were they really to blame? Bestselling author and three-time Emmy Award-winning reporter Scott James investigates all the central figures, including the band’s manager and lead singer, the fire inspector, the maker of the acoustical foam, as well as the brothers. Drawing on firsthand accounts, interviews with many involved, and court documents, James explores the rush to judgment about what happened that left the victims and their families, whose stories he also tells, desperate for justice.

Trial By Fire is the heart-wrenching story of the fire’s aftermath because while the fire, one of America’s deadliest, lasted fewer than two minutes, the search for the truth would take twenty years.

A gripping, heart-wrenching story that will have you flipping the pages and hooked, wanting to know more. I remember vaguely hearing about this fire and when I found out that a book had been written about it I was thrilled to get my hands on a copy of this book. The story is told from many different point of views which I enjoyed, as it gives many different accounts of various people’s experiences of that night in the nightclub. I cannot imagine what it was like for those inside the nightclub, and their panic to get out alive, as they struggle to find an escape route from the club and make it out into the safety of the night outside. I felt as though I was experiencing the fatal night with them as we read their account of what happened.

We are introduced to several different people in this story and often it was difficult to read the heart-wrenching accounts of what happened. It takes you inside the nightclub and you feel as though you are there with them, experiencing what they are experiencing. I enjoyed reading the facts as well, and following along as the investigation and interviews unfolded.

A book that I highly recommend.