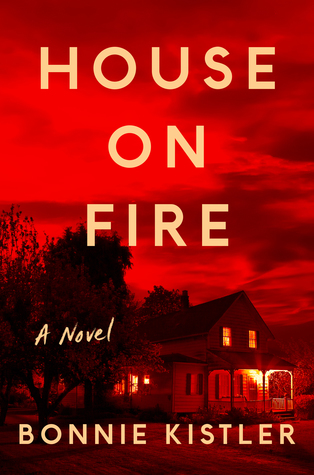 Thank you to the publisher for gifting me a paperback copy of this book to read and share my review.

Divorce lawyer Leigh Huyett knows all too well that most second marriages are doomed to fail. But five years in, she and Pete Conley have a perfectly blended family of her children and his. To celebrate their anniversary, they grab some precious moments of alone time and leave Pete’s son Kip, a high school senior, in charge of Leigh’s fourteen-year-old daughter Chrissy at their home.

Driving back on a rainy Friday night, their cell phones start ringing. After a raucous party celebrating his college acceptance to Duke and his upcoming birthday, Kip was arrested for drunk driving after his truck crashed into a tree. And he wasn’t alone—Chrissy was with him.

Twelve hours later, Chrissy is dead and Kip is charged with manslaughter.

Kip has always been a notorious troublemaker, but he’s also a star student with a dazzling future ahead of him. At first, Leigh does her best to rally behind Pete and help Kip through his ordeal. Until he changes his story, and claims that he wasn’t driving after all—Chrissy was, and he swears there is a witness.

Leigh is stunned that he would lie about such a thing, while Pete clutches onto the story as the last, best hope to save his son, throwing his energy and money into finding this elusive witness. As they hurtle toward Kip’s trial date, husband and wife are torn between loyalty to their children and to each other, while the mystery of what really happened that night intensifies.

This richly conceived and tightly plotted psychological exploration of family and tragedy will have you racing toward its shocking and thought-provoking conclusion.

Wow this story was so addictive to read. The blended family is faced with the unthinkable – a car accident in which their children are involved in, one child is his, the other hers. An accident that could rip this otherwise happy family apart. Who do you be loyal to, your own child, or your spouse? I cannot imagine the turmoil this family was going through as they struggled to not only support one another, but their children. Caught in the middle, it would involve to many mixed emotions.

I love flying through the chapters in this novel as we slowly get more pieces of what truly happened that night. We learn of secrets of that night, and there are many twists, so what you think you know turns out to not be the case. At least not the whole truth. I felt so bad for this family, as they are dealing with the loss of one child and having to cope with another child’s upcoming court date, as he is charged with the death of his sibling. Surely something that has the potential to rip even the happiest of families apart.

Will this family be able to overcome everything and pull together to make it through the toughest time of their life? You must add this novel to your TBR list right now! You’ll love it!