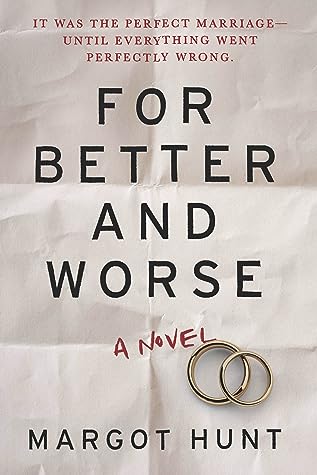 Thank you to the publisher for the eARC of this novel via Netgalley to read and share my review.

On their first date back in law school, Natalie and Will Clarke bonded over drinks, dinner and whether they could get away with murder. Now married, they’ll put the latter to the test when an unchecked danger in their community places their son in jeopardy. Working as a criminal defense attorney, Nat refuses to rely on the broken legal system to keep her family safe. She knows that if you want justice…you have to get it yourself.

Shocked to discover Nat’s taken matters into her own hands, Will has no choice but to dirty his, also. His family is in way too deep to back down now. He’s just not sure he recognizes the woman he married. Nat’s always been fiercely protective, but never this ruthless or calculating. With the police poking holes in their airtight plan, what will be the first to fall apart: their scandalous secret—or their marriage?

Enter married couple Natalie and Will Clarke. They met years ago in law school, and joked about whether or not they thought they could get away with murder. Fast forward many years later, and that theory is put to the test. They have a young son together and his safety is put into jeopardy when something happens in their community that may involve their son. The person blamed claims he is innocent, but who really knows? Nat decides to take matters into her own hands, and plans to get revenge on this man who is well known in the community – her son’s school principal!

Will is shocked when he learns his wife Nat plans to take matters, and justice, into her own hands. When he learns of her plan, he is shocked and speechless! Is his wife truly capable of what she is claiming to do? Does he really know his wife, and had he ever really known her at all? As Will manages to get dragged into this situation with his wife, he becomes involved in her scheme as well, whether he meant to be or not. They are now facing serious charges if they are ever caught for what they did, and want to remain anonymous and try to cover their tracks. Will they be able to pull it all off?

As the story continues, they begin to sweat, panic, and stress as the police are investigating what happened that one fateful night, and they claim they are innocent, but their nerves are catching up to them. Will they be able to keep their cool until the police are off their trail or will they cave and give themselves away?

I enjoyed the book as you never knew which way events would turn. There were moments I thought for sure the marriage would completely crumble, and at times I thought they would give themselves away to the police. A novel that will keep you guessing until the shocking last pages, this novel was a good read with a shocking ending you won’t see coming.