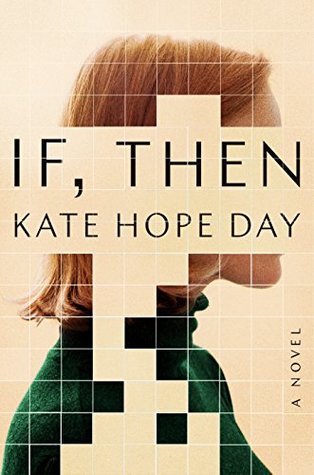 Thank you to the publisher for the eARC of this book via NetGalley.

The residents of a sleepy mountain town are rocked by mysterious visions of an alternate reality in this dazzling debut that combines the family-driven suspense of Celeste Ng’s Little Fires Everywhere with the inventive storytelling of The Immortalists and Station Eleven.

In the quiet mountain haven of Clearing, Oregon, four neighbors find their lives upended when they begin to see themselves in a parallel reality. Ginny, a devoted surgeon whose work often takes precedence over her family, has a baffling vision of her beautiful coworker in her bed, and begins to doubt the solidity of her marriage. Ginny’s husband Mark, a wildlife scientist, sees a vision that suggests impending devastation–and grows increasingly paranoid, threatening the safety of his wife and son. Samara, a young woman desperately mourning the recent death of her mother and questioning why her father seems to be handling it with such ease, witnesses an apparition of her mom healthy and vibrant, and wonders about the secrets her parents may have kept from her. Cass, a brilliant scholar struggling with the demands of new motherhood, catches a glimpse of herself pregnant again, just as she’s on the brink of returning to the project that could define her career.

At first the visions are relatively benign, but they grow increasingly troubling–and in some cases, frightening. When a natural disaster threatens them all, it becomes clear that the visions were not what they first seemed, and that the town of Clearing will never be the same.

Startling, deeply imagined, and compulsively readable, Kate Hope Day’s debut novel is about the choices we make that shape our lives and determine our destinies–the moments that alter us so profoundly that it feels as if we’ve entered another reality.

Imagine seeing visions of yourself or those you love, knowing that what you are seeing cannot be real… Are you losing your mind? Are the visions you are seeing premonitions of something to come? Would you tell someone what you seen or would you fear they would think you are crazy?
This book was quite an interesting read for sure. We are introduced to many main characters – Ginny, Mark, Mr. Kells, Cass and Samara. All of them are connected in some way and know one another. Ginny is married to Mark. Their neighbours Cass (married new mother of one) and Samara (young woman who lost her mother) live close by. Samara took piano lessons from Mr. Kells wife years ago when she was alive. Mr. Kells is currently in the hospital, and his life was saved by Ginny, who is a surgeon. Mr. Kells is a professor and is Cass’ mentor. Samara is a real estate agent tasked with trying to sell Mr. Kells home. All these characters lives are interconnected in some way and I found that a really interesting piece in the novel. What else do they have in common? They have all seen visions in the same small town they live in.
The premise of the novel is that they all get to view their lives in an alternate reality, hence the name of the novel – If, Then.  I found it to be an interesting read and found myself wanting to know the whole point of the visions. What did the visions mean? And why were these people experiencing these visions? I thought it was an interesting and intriguing idea for a book. It kept me flipping through the pages to see what would happen next. It had a mystery and suspense type feel that I liked.
……
MY RATING: 3/5 stars