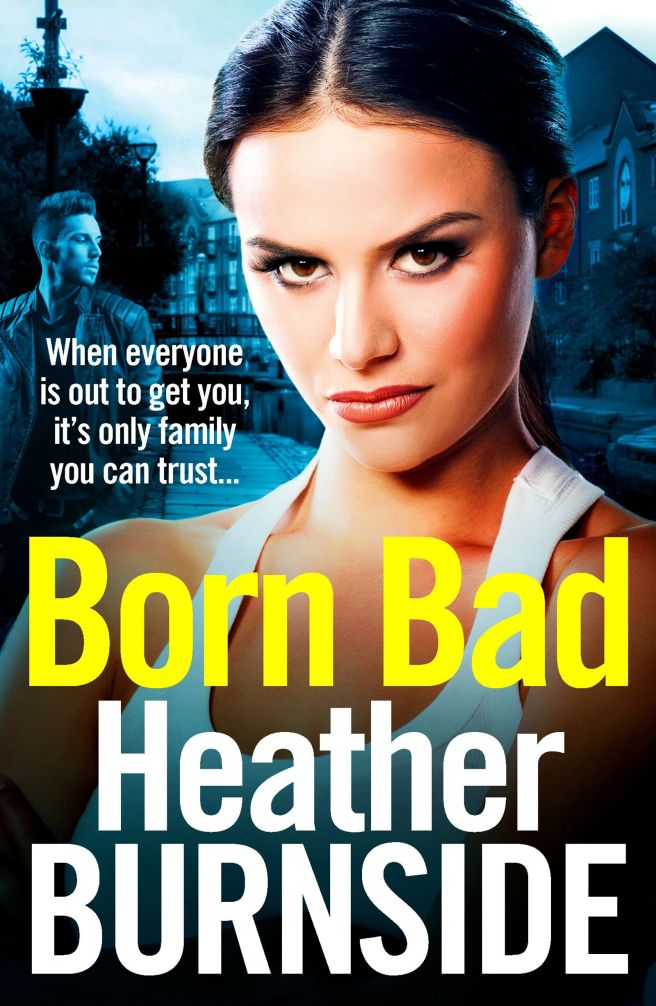 Hi everyone and welcome to my stop on the Blog Tour today for Born Bad by Heather Burnside. Thank you to Aria Fiction for inviting me on the tour and for sending me a beautiful paperback copy of this book to read and share my review with everyone.

Brother and sister Peter and Adele Robinson never stood a chance. Dragged up by an alcoholic, violent father, and a weak, beaten mother, their childhood in Manchester only prepared them for a life of crime and struggle. But Adele is determined to break the mold. She studies hard at school and, inspired by her beloved grandmother Joyce, she finally makes a successful life for herself on her own.

Peter is not so lucky. Getting more and more immersed in the murky world of crime and gangs, his close bonds with Adele gradually loosen until they look set to break altogether.

But old habits die hard, and one devastating night, Adele is forced to confront her violent past. Dragged back into her worst nightmares, there’s only one person she can turn to when her life is on the line–her brother Peter. After all, blood is thicker than water…

Heather Burnside spent her teenage years on one of the toughest estates in Manchester and she draws heavily on this background as the setting for many of her novels. After taking a career break to raise two children Heather enrolled on a creative writing course. Heather now works full-time on her novels from her home in Manchester, which she shares with her two grown-up children.

This was the first book I have read by this author and it was an enjoyable book. It was fast paced from beginning to end, and I enjoyed the plot.

The book is then divided into 3 different timelines: Part I (1973-1974), Part II (1979-1980) and Part III (1983-1984). I enjoyed the way this was done in different parts, as it slowly gave us a glimpse at a time into Adele’s past and her upbringing, and gave us piece by piece of what her life was like that molded her into the woman she is today. Parts were revealed about her upbringing as a pre-teen, a teen and then a young adult.

We are introduced to many characters in the book, including Adele, her brother Peter, her mother, her father, and her maternal grandmother. Despite growing up with a physically and verbally abusive father and a mentally unstable mother, Adele seemed to do well for herself. She was determined to succeed in school and to be as much of a “good girl” as she could possibly be. She tended to get into some mischief and physical fights with peers growing up, but nothing series. Unfortunately her brother Peter wasn’t so lucky. He was always causing trouble, stealing things, getting into physical fights, hated school and the older he got the more trouble and mischief he caused. As he got older he would break and enter into homes and steal various items, landing him in trouble with police. Knowing their fathers temper and abusive ways, Adele would do whatever it took to toe the line and not make him mad. Her brother Peter, however, always seemed to make their father angry, much to the dismay of Adele and their mother.

I really liked Adele’s character. Despite her rough and less than pleasant upbringing, she was a good person and did her best to make the most of herself and the situation they were in. I felt bad for Peter as I feel he had the potential to be more and do more with his life, but unfortunately fell victim to his upbringing. I completed despised their mother and father. Granted their mother tried to do the best she could most times, she was fearful of her husband (and rightfully so) which resulted in her not being there to protect her children the way she should have and stood by as everything went on. Their father was just mean and nasty and not likable at all. I really enjoyed their grandmother Joyce. She knew what the children were going through and tried to help in as many ways as she knew how.

I enjoyed this book and it kept me on the edge of my seat as I flipped through and wanted to know what would happen next. Thank you for stopping by stop on the blog tour!

FOLLOW US ON OTHER STOPS ON THE BLOG TOUR: 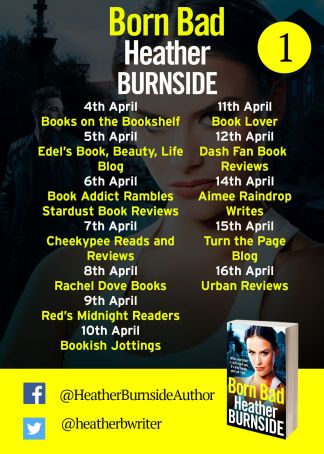