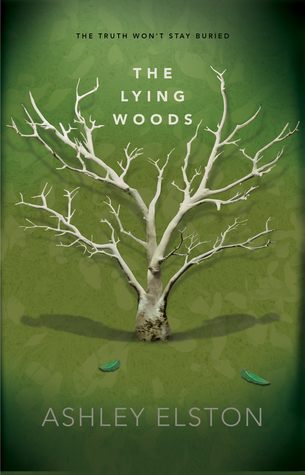 Thank you to Disney-Hyperion and NetGalley for providing me with a free digital copy of this book to read. The book cover is so beautiful, let’s take a moment to appreciate it! 🙂

Owen Foster has never wanted for anything. Then his mother shows up at his elite New Orleans boarding school cradling a bombshell: his privileged life has been funded by stolen money. After using the family business, the single largest employer in his small Louisiana town, to embezzle millions and drain the employees’ retirement accounts, Owen’s father vanished without a trace, leaving Owen and his mother to deal with the fallout.

Owen returns to Lake Cane to finish his senior year, where people he can barely remember despise him for his father’s crimes. It’s bad enough dealing with muttered insults and glares, but when Owen and his mother receive increasingly frightening threats from someone out for revenge, he knows he must get to the bottom of what really happened at Louisiana Frac–and the cryptic note his father sent him at his boarding school days before disappearing.

Owen’s only refuge is the sprawling, isolated pecan orchard he works at after school, owned by a man named Gus who has his own secrets–and in some ways seems to know Owen better than he knows himself. As Owen uncovers a terrible injustice that looms over the same Preacher Woods he’s claimed as his own, he must face a shocking truth about his own past–and write a better future.

Forced to leave the elite boarding school he has attended for the past several years, Owen has no choice but to withdraw from the school and return to the family home with his mother. Owen and his mother are shunned from the members of their community as a result of the crimes his father has committed.

It was interesting reading Owen’s point of view as it is refreshing to see things from a child’s perspective. I enjoyed his personality and his determination to uncover the truth about what really happened.

Reading from the views of the past as told by Noah was interesting as well, and we get glimpses into his life and when he first met Owen’s mother. We read about their love story which was nice to get a glimpse into.

Overall, I found that the two different timelines of Owen and his father Noah tied together nicely to tell the story of what truly happened.