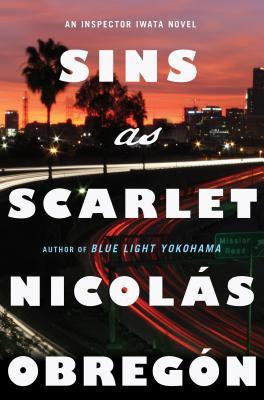 Thank you to the publisher Minotaur Books for sending me a free paperback advanced readers copy of this book.

Former homicide detective Kosuke Iwata is on the run from his past . . .

Five years ago, he lost his family. Now he may have found his redemption.

Living in LA and working as a private detective, he spends his days spying on unfaithful spouses and his nights with an unavailable woman.

Still he cannot forget the family he lost in Tokyo.

But that all changes when a figure from his old life appears at his door demanding his help.

Meredith Nichol, a transgender woman and his wife’s sister, has been found strangled on the lonely train tracks behind Skid Row.

Soon he discovers that the devil is at play in the City of Angels and Meredith’s death wasn’t the hate crime the police believe it to be. Iwata knows that risking his life and future is the only way to silence the demons of his past.

Reluctantly throwing himself back in to the dangerous existence he only just escaped, Iwata discovers a seedy world of corruption, exploitation and murder – and a river of sin flowing through LA’s underbelly, Mexico’s dusty borderlands and deep within his own past.

This was the first book I have read by Nicolas Obregon and even though this was a second book in the Inspector Iwata series it can be read as a standalone book. After reading this book I am definitely interested in reading the first book in the series. I loved Obregon’s style of writing, and the way the writing sucks you into the book as if you are there living in the book yourself.

Inspector Iwata was a badass Inspector, who sometimes broke the rules and did what he had to do to solve a case and get the job done. I loved Iwata’s personality and his view on things in the world. Kosuke Iwata is a very likeable character and I enjoyed reading about his daily life, both while he was working as an Inspector and while he was on his own downtime, simply living his life like everyone else.

This book was an interesting read that grabs the reader’s attention and demands it the whole way through to the very ending. I enjoyed how the book incorporated different cultures, countries, lifestyles, and characters into the book. We are introduced to such a wide variety of characters and I really liked that about this book. Some characters you will quite like and some characters you will absolutely despise.

I definitely recommend this book. A great read all the way through!